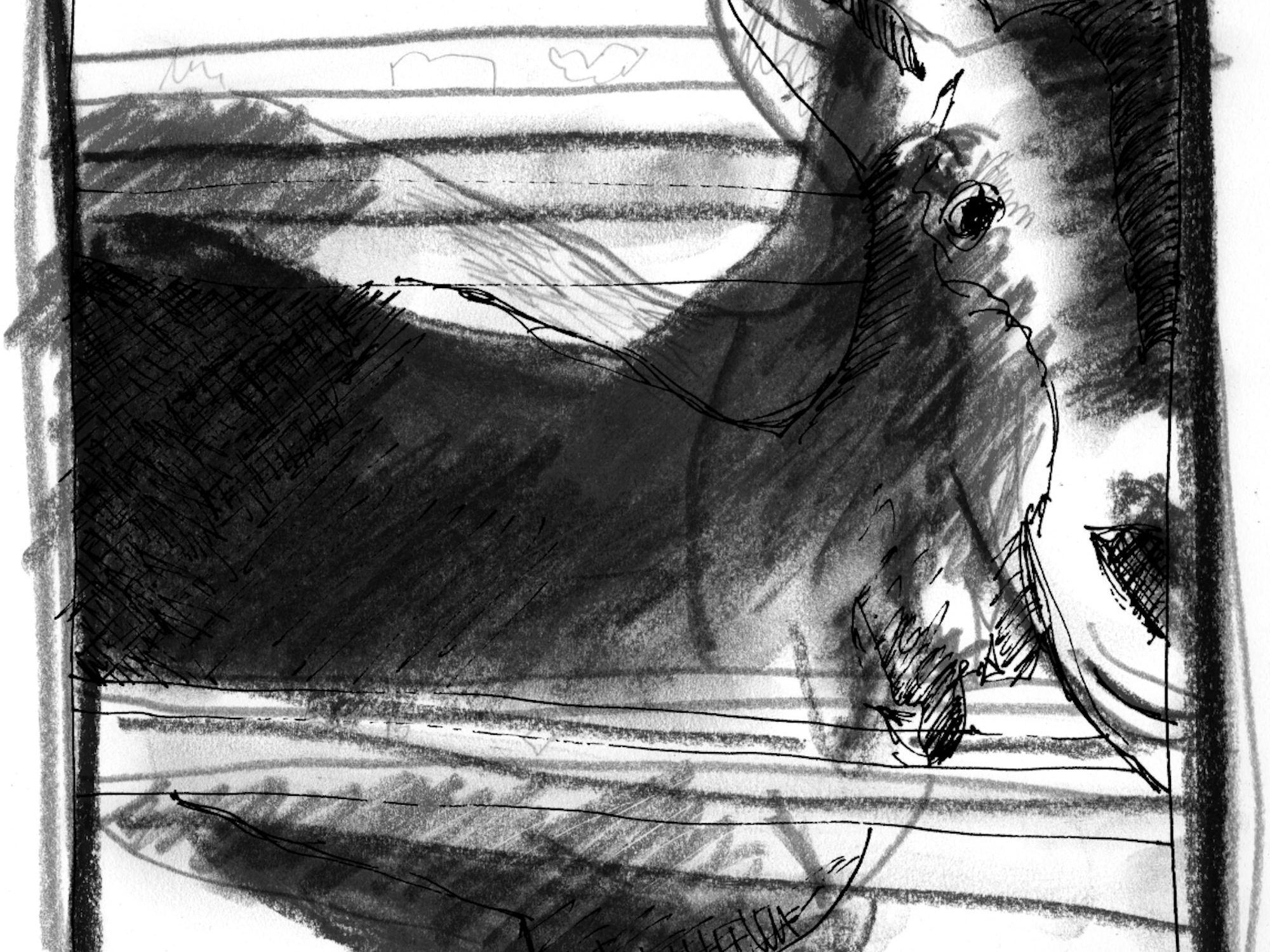 And STILL with the neverending Creative Pact. I’m determined to not give up on this one, and while there’s absolutely zero chance of this piece being finished within the confines of the 30-day pact, it’s still useful to document what’s going on with the piece, and all the more so given recent ideas.

So we’re back on the cello piece, Figure 1, after that little disastrous foray into Things I Found in Boxes. One day I’ll work out what that one wants to be, but this is not the day.

I’m actually reporting here on some work I did on Figure 1 a few days ago. Now that I’ve started my PhD and am trying to batter my September-weary brain along the lines of the project to work out what that is, I’m thinking about this cello piece in slightly different ways. Isn’t it interesting how context changes even things we thought were quite fixed?

I guess, in point of fact, Day 20 (14 October) was developing ideas for a different, theoretical piece, but given that Day 21 (15 October) then drew that into the Figure 1 orbit, I’m calling it as work on this piece.

The turning point was working on the recordings of goats from when I performed it at Colourscape Festival the other week. I had thought that maybe there wasn’t too much more I could do with the whole amplified-drawing concept (apart from doing a really long version of goats creating really detailed and thoughtful drawings – I’m interested to hear what that would be like as opposed to the quick 3-4 minute sketches used here), but I think it’s got a little life left in it still.

Specifically, I started to think about using the live-drawing as a score for performed drawing. A video score showing the gestures to draw, one after the other, with the performer reproducing the apparent pace and weight of the lines, but drawing these gestures one on top of another on a single piece of paper (amplified with contact mic, of course). I also considered the idea of a sort of fixed-media soundscape as a backdrop for the single gestures to interact with (definitely influenced by permanently-on-repeat listening to Phil Maguire’s new album husk_rust)

and various ways of considering which are the public and private elements of the piece.

The following day, though, this idea began to bleed into ideas about Figure 1. Influenced by some of the sounds I was tinkering with on the viola in Things I Found In Boxes, I started to wonder whether drawing could be used as the score to indicate a range of instrumental sounds which perhaps resembled the sound of drawing. From there I entertained the notion that this could even be for any instrument, maybe it doesn’t just have to be for cello. If all I’m asking is for the performer to create dry sounds that resemble the sound of pencil on paper, then surely that would work equally well for, say, violin. Or voice. Or (as Jenni Hogan has demonstrated in the myriad air tones of Fortune Favours the Brave) flute.

I’m quite liking this idea (although not yet committed to the idea of ‘any instrument’ yet). I even worked it up into a structure, incorporating an idea I had relating to the public/private aspect of my PhD project while I was working on the proposal, to develop pieces which display elements from their making process (normally kept private to the composer) as part of the public piece and showing different elements on video to the performer (as score) and audience (as part of the piece). Loads of ideas to develop here and it’s going to take quite a while to work through them. No doubt by the time I write again half of this will have been chucked and I’ll be trying something completely different. Stay tuned! 😀